Hand- Forged Nails:  Before 1800, most builders hammered out their nails by hand, giving each one a pointed, four-sided shape. I've found these around the earliest sites in our area when metal detecting.  We call them rose-head nails because the head is hammered flat and has a flower petal look.  We've only found them  at 1790's sites.

Cut Nails: In 1791, cut nails were invented. They were cut from sheet metal, mass-produced, and included triangular or square heads. Cut nails were in everyday use by the 1800s. These date through a LONG period and can't be narrowed down easily to specific periods.

Wire Nails: The wire nails that are in use today became popular around 1900. Nails are round and have circular heads.  Once you see these you are likely dealing with a relatively late structure.  Of course an older structure could have them if the lap board was added or replaced, etc.

Adze:  As they cut timber an adze left long, smooth divots in the wood as the worker straddled the log.  They typically mean early 1800's in my area.

Pit Saw:  This one is interesting.  They dug a pit and one guy stood deep in the pit holding one end of a cross cut saw while another man stood above hold the other end.  A log was then laid across the top of the pit from one side and the men spit it and also cut it into boards lengthwise.  I guess somebody else pushed it across as they cut.   The marks are rough but are straight across the boards from the up and down motion.

Gash Saw:  This was a water powered reciprocating saw that left similar marks as the above but cleaner. In our area this always dates before 1860. So the marks are up and down across the board.

Circular Saw:  By 1860 circular saws took over as steam power became popular.  Water power was not strong enough to turn the circular blades.  Not enough torque I guess.  So if you see a building claimed have been built in the early 1800's and it has circular cuts then something ain't right!  The circular always curve with the amount of curve being relative to the size of the blade.

The below pictures have captions if you enlarge them. 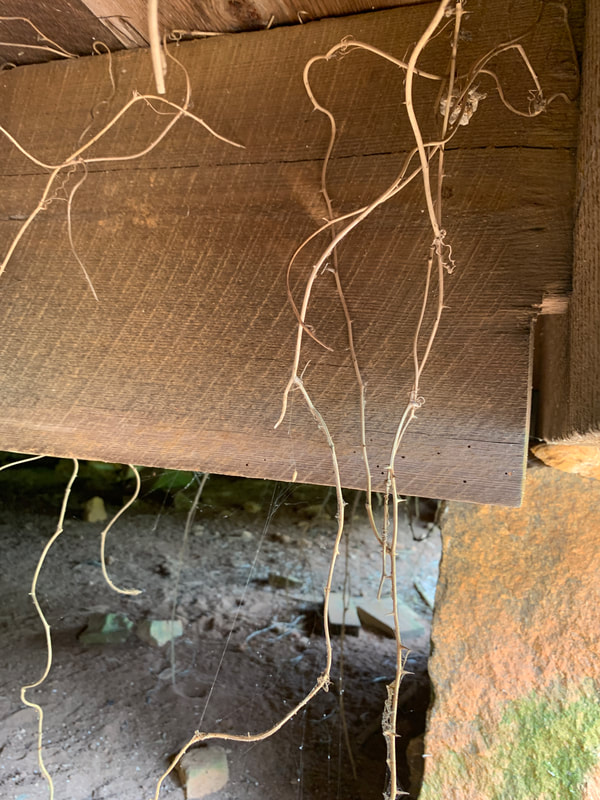 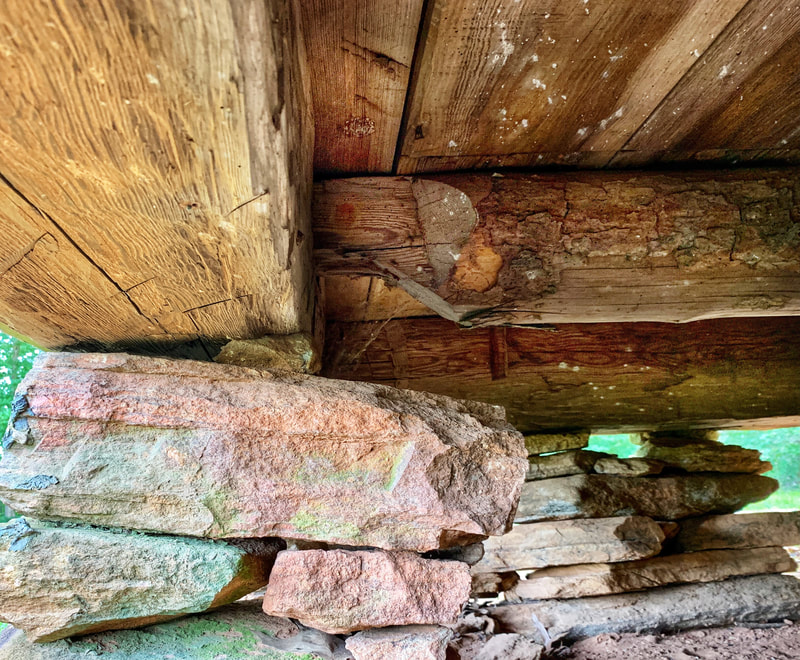