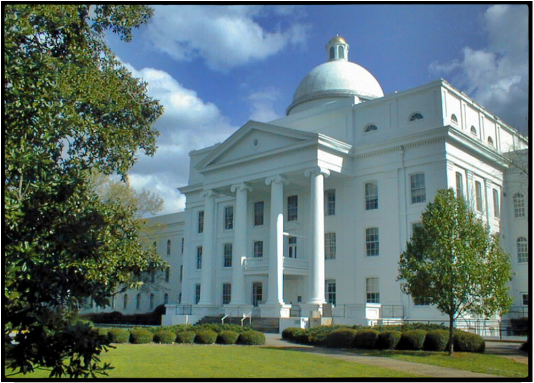 I worked at Central State Hospital for 41 years including my state sponsored time in graduate school and my years consulting after retirement.  Through those years I worked as a social work technician, a clinical psychologist and served as the director of several clinical and administrative operations amongst several other positions.  During my entire tenure I witnessed acts of extraordinary kindness and care offered by hundreds of employees (at disparate pay grades) working under incredibly demanding and extremely difficult conditions (some being worthy of sainthood in my estimation).  As with similar institutions around our nation there were the less common situations I encountered that illustrated the polar opposite of kindness -- situations for which I choose to neither sensationalize nor discuss within the context of this webpage.

I hope to present my time spent involved in CSH's history by focusing mostly, but not entirely, on the historical cemeteries.  There will be redundancies, omissions and perhaps a few unintentional errors since I have access to only a small amount of the photographs and documents that I created over the years.  Regardless, I hope to present topics and photographs that will be of interest to at least a few.  Please note that this will always be a "work in progress" that I will add to as I find the time and material. I would like to express appreciation to my bosses, my colleagues, and my staff who supported me through the years in all my endeavors including these historical pursuits. And please note that the Larry Fricks article referenced below tells the detailed story of the specific efforts.  And I have photos at the bottom of this page that depicts many aspects of the journey.

-  Representing CSH during efforts to restore the historical cemeteries.*
-  Coordinating the project to place the cemeteries on the Federal Register of Historic Places.*
-  Working with CSH staff to establish a museum during the late 1980's.
-  Projects associated with CSH's sesquicentennial, e.g., the marker Janice and I placed at Memory Hill.
-  Writing historical articles for the CSH Bulletin.

It is my intent to expand upon all of the above with separate pages as time and motivation allows.

* These projects were lead by Larry Fricks,  the Georgia Mental Health Consumers Council and many others.  In all cases my roll was subordinate to and supportive of their efforts.  My media appearances should not imply otherwise.  Larry's visionary approach spawned a national movement to restore the dignity of those thousands who are buried across the nation in state hospital cemeteries by the establishment of a national memorial.  Larry's story is featured in Emmy award winning Richard Cohen's book "Strong At The Broken Places."   Perhaps not known by many is that the extraordinary angel sculpture placed on the cemetery grounds by the Council was created by Don Haugen  (who also sculpted presidential busts).  $30,000 was raised via donations and other funds for this effort.

​This video is of my and Casey McClain's 2009 appearance on the Today Show that covers mine and Janice's discovery of a long lost cemetery and Casey's wonderful story of finding the gravesite of her great grandfather.   At the time I was a CSH consultant and also a member of the GA Consumers Council with whom I assisted in the coordination of an effort to place CSH's oldest cemeteries on the Federal Register of Historic Places.  Many individuals worked years on this project and we were ultimately successful thus fulfilling a promise made by the State of Ga to members of the Council and many other interested parties.

Information not included in the video includes my work with an archaeological firm contracted to help prepare the application.  Through this endeavor we learned that the cemetery Janice and I discovered was African-American and had been relocated in 1939 to allow the building of the Rivers complex.  We spent many hours combing the forests around CSH with metal detectors to ensure that we had located all of the cemeteries.   Members of the consumer council recovered hundreds of lost stakes on the grounds of Cedar Lane.  Later working with CSH engineering we returned 2000 displaced stakes to the ground in what has come to be called the "Stake Memorial." The rest of the several cemetery locations were well known although the video does not indicate that.  Also not emphasized in the video is that the efforts to restore the cemeteries were started in 1997.  And I need to continue to reiterate that the entire movement was conceived and led by the Council.

Bob Dotson of the Today Show wrote the  New York Times best seller  "American Story: A Lifetime Search for Ordinary People Doing Extraordinary Things" that briefly mentioned mine and Casey's story.  I hope that it brought some additional attention to the memory of those thousands buried on CSH's grounds.  Bob Dotson is a fascinating individual who constantly reminded me of Mark Twain during our time together.   Click on the below to watch the Today Show segment. 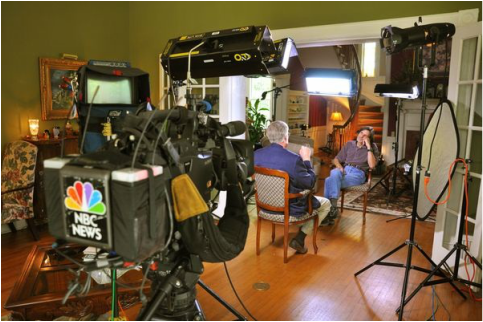 Bob Dotson interviewing me at the Antebellum Inn, Milledgeville, Ga. Yes, those lights are HOT!

​ Recovered Dignity
Recovered Dignity is a film by Tom Vendetti featuring an introduction by Rosalynn Carter and includes many others who eloquently share the story of Georgia and Hawaii's cemetery restorations.  I appear briefly near the beginning and I provided the still photography for the film.  My appearance is to explain how we discovered a lost African-American cemetery.  The film helps one understand how this movement has personally affected so many individuals and the interview with Goldie Marks is very powerful.

This video portrays the hypothetical plight of a young woman admitted to CSH perhaps in the latter part of the 19th century.  Janice and I wrote the song and produced the video to honor those buried on the grounds.  We performed the song during a 2007 memorial event at which I was presented with a "thank you" plaque by the Consumer Council.  And it proudly hangs in our home.

Larry Frick's article is the definitive story of how the cemetery restoration movement emerged and came to fruition.  Stacy Braukman wrote what I considered to be an excellent synopsis of the history of CSH that (had circumstances allowed for further development) could have become the definitive history of CSH.  The last few pages of her document include parts of an interview with me where I discussed some of my experiences during my first days at CSH.  The "History Corner" documents are some of the short articles that I wrote for the CSH Bulletin over several years.  At some point I will try to find additional articles and other historical documents that I can link to.

I will later add descriptions for all photos. Unfortunately with the closure of CSH's website I may not be able to recover many of the photos that I shot over the years.  Some photos are sized too small and that will be corrected.

During the late 1990's shortly before I retired I began a project to photograph all of the CSH structures still in existence.  This slide show will grow as I continue to look for photos that I shot.  I will later add descriptions for all photos.  Some photos are very small and/or low resolution.  Hopefully I will locate better examples.
From 1968 to around 1973 I took hundreds of photos of CSH in mostly B&W.  Perhaps someday a selection of them can be posted to this site.   Some have been published with state approval over the years.